A Short History of the Department

The Department of Speech Communication at the University of Georgia began in 1969 when five faculty members who had previously been housed in the "Department of Speech and Theatre" were moved from the Fine Arts Building to create a new department housed in the re-named Geology, Geography, and Speech building. Dr. Dwight Freshley was the unit's first head, and he served for fifteen years in that capacity, the longest tenure of any head in the department's history. Dr. Freshley's motto was "To Build Something Excellent You Have to Hire the Right People," and he set to work scooping up the best talent from the best Ph.D. programs in the nation. Early figures included (among others) Dr. "Chuck" Gruner, a nationally respected scholar of humor and an expert in statistics, Dr. Dale Leathers, a famous figure in nonverbal communication who had developed a valuable method for studying facial expressions, Dr. "Cal" Logue (just "Logue" to his students), who was one of the first scholars studying rhetorics related to race in the South, and in 1978, the department's first African American professor, Dr. Thurmon Garner.

The undergraduate program began with a heavy emphasis on the fundamentals of public speaking, but soon grew to include the new booming area of interpersonal communication and many areas of rhetorical studies. The Masters Program was approved within a year of the department's formation, but it was not until almost twenty years later in 1988 that Dr. Cal Logue (then Head) gained approval for a Ph.D. program. Jean DeHart and Cathy Ross constituted the first graduating class of doctorates in 1992.

The Department's third Head, Dr. Dale Leathers, helped spur the growth of the department (it had 12 tenure-track faculty during his tenure) and also the expansion of the Ph.D. program, and he successfully garnered beautiful new quarters for the department on north campus in Terrell Hall. Dr. Donald Rubin was the fourth Head, and he shepherded the department into the era of grant funding and research prominence. At the end of his tenure, the department would be ranked as the number one doctoral program in rhetorical studies by the National Communication Association, scoring high rankings in health communication and interpersonal communication as well.

Dr. Jerold Hale began his 9 year service as the department's fifth Head in 2000. Dr. Hale led the department through "the best of times and the worst of times" (to paraphrase Dickens). Dr. Hale managed the large undergraduate major (as many as 300 students) as well as a growing graduate program, and he battened down the hatches for two recessions. Through all of this, the department retained its reputation for research and teaching excellence and also a national reputation for being a place where the faculty got along with each other and the graduate students had a positive and supportive culture. Dr. Barbara Biesecker began serving as the Department Head in July, 2009.

Throughout its history the department has not only been a model of scholarship, but also its personnel have been leaders in service for the discipline. Dr. Freshley was the first person to serve all three of the Southern Speech Communication's major offices - Editor of the journal, Executive Secretary, and President of the Association. Drs. Logue and Hale would also serve as Presidents of the Association, and Dr. Leathers would serve as the President of the National Communication Association as well. The department's members have reaped teaching and research awards, and its students have gone on to serve their communities and to pursue successful careers in academe, public service, and private business. (as told to Professor Celeste Condit by Professor Emeritus and Former Head Dr. Dwight Freshley in an interview on October 18, 2010).

In 2010, the faculty voted overwhelmingly in favor of changing our name from the Department of Speech Communication to the Department of Communication Studies for three major reasons. First, because it is more inclusive, the name more accurately represents the various kinds of classes we teach-both undergraduate and graduate-and research we do in the department. Although speech continues to be a significant object of inquiry for us, it is not our only object of inquiry. Second, the name change signals the department's synchronicity with significant developments in the discipline over the past fifty years. Third, the name change will help us recruit the best students to our degree programs by eliminating confusion (our program is often mistakenly identified with Speech Pathology or Speech Disorders) and making us searchable online. 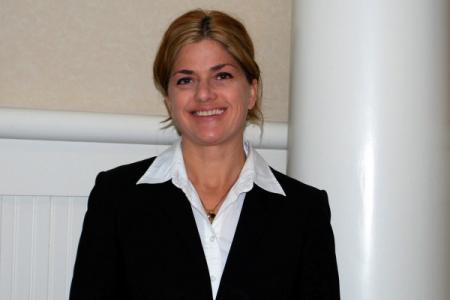 Core Faculty Dr. Happe was awarded the 2019 Creative Research Medal for the Humanities and Arts by the University of Georgia.